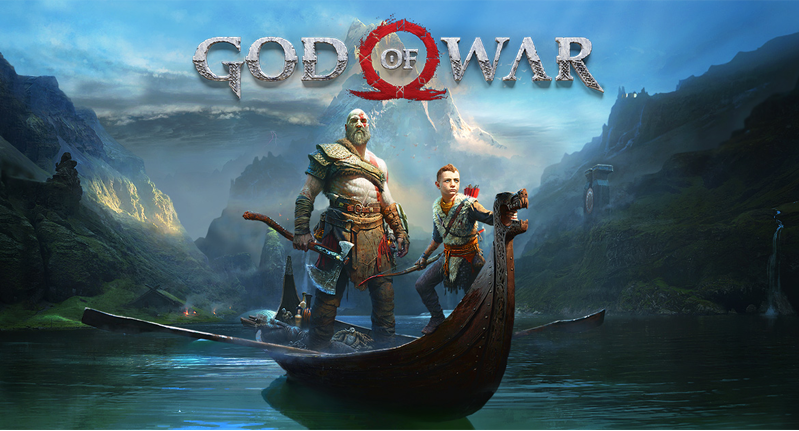 Described as a "reimagining" for the franchise, the gameplay has been completely rebuilt, with one major change being that Kratos no longer uses his signature double-chained blades. He instead uses a magical battle axe called the Leviathan Axe. Another notable change is the camera. The game uses an over-the-shoulder free camera as opposed to the fixed cinematic camera seen in the previous entries. There will also be elements similar to role playing games and Kratos' son Atreus can provide assistance during gameplay. This new installment is single-player-only!

The game is open, but it is not open-world. Due to it being open, players can encounter optional boss battles, in addition to the regular story-based bosses. Quick time events are not like they were in previous games.Instead, enemies display two meters above their heads, one for health and the other for stun. Filling up the stun meter helps in defeating more difficult enemies. When the stun meter is full, a grab-prompt will appear. Depending on the enemy, Kratos may rip it in half, or he may grab them and throw them into other enemies, among other possible outcomes. As the ability to swim was cut from the game, players instead use a boat to traverse over bodies of water when necessary.

The game features elements similar to role playing games (RPG), such as archery knowledge points, as well as a Spartan Rage timed-ability during battle, similar to the "Rage" ability of previous installments. Like the previous versions, the Rage ability has a meter that gradually fill during combat. With this ability, Kratos uses powerful bare-handed attacks, as opposed to weapons, to greatly damage enemies. There are also crafting resources for the player to find. These resources allow players to create new armor or upgrades to existing armor. Throughout the game world, players can find chests with an item called Hacksilver, which is a key component in creating new items. Experience points (XP) are also required for upgrades and making new items.

While the first seven games were loosely based on Greek mythology, this new installment will be based on Norse mythology. Many years have passed since Kratos took his vengeance against the Olympian gods. Having survived his final encounter with his father Zeus, Kratos now lives with his young son Atreus in the world of the Norse gods, a savage land inhabited by many ferocious monsters and warriors. In order to teach his son how to survive in such a world, Kratos must master the rage that has driven him for many years and embrace his newfound role as a father and mentor. Kratos must also contend with the Norse gods themselves as they are taking precautions against him, due to them being aware of his role in the destruction of Olympus. Over the course of their time together, Atreus learns more about his father's complicated and shady past, while struggling with whether to be like his father or choose to be his own person.

Build from the Cloud up! | Battletag: NightFly#2112

Build from the Cloud up! | Battletag: NightFly#2112

Going to church doesn't make you a Christian any more than standing in a garage makes you a car.

Just want to be sure.

Just want to be sure.

Gaat in dit filmpje puur om te gameplay.
Dit is alleen een filmpje om snel het verschil (qua moeilijkheidsgraad) te zien tussen: Give Me A Story (Easy), Give Me A Balanced Experience (Normal), Give Me A Challenge (Hard) en Give Me God of War (Extreme)!


Gaat in dit filmpje puur om te gameplay.
Dit is alleen een filmpje om snel het verschil (qua moeilijkheidsgraad) te zien tussen: Give Me A Story (Easy), Give Me A Balanced Experience (Normal), Give Me A Challenge (Hard) en Give Me God of War (Extreme)!

Give Me God of War[mode]: Gaaf is dat hier vijanden anders geplaatst zijn.