Cherish your memories, but don't live in the past. Always outdated specs

“In a world without walls and fences, who needs Windows and Gates".

“In a world without walls and fences, who needs Windows and Gates".

a is enkelvoud en rails is meervoud...het is on a rail 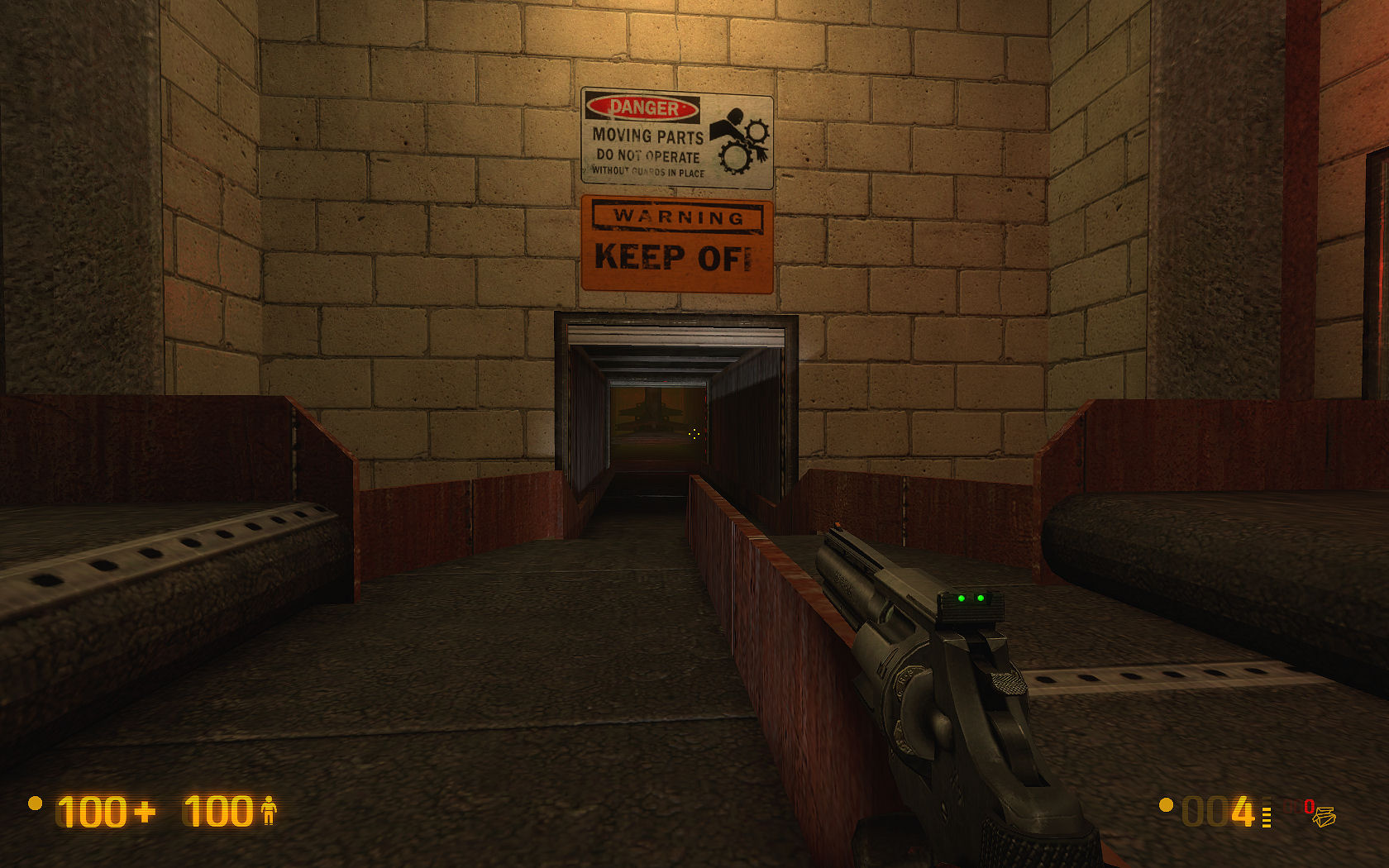 Rip and tear, until it is done

Try to add the dimensions you want at runtime. If you're running it from Steam, right-click Black Mesa and choose Properties. Then click "Set Launch Options". Then add the following to the box:

quote:
What's new in the steam release?
The Steam release of Black Mesa includes various fixes, upgrades, and new features compared to Black Mesa's mod release.
Heavily updated single player experience - The Black Mesa singleplayer experience has greatly improved from the mod release; new visuals, new voiceover, updated gameplay encounters, stability changes and more. Xen is not a part of the Steam release of Black Mesa, but it will be included as a free update to the retail title when it is ready.
Black Mesa Multiplayer - Fight with or against your friends, in two game modes (deathmatch and team deathmatch) across six iconic maps from the Half-Life universe: Bounce, Gasworks, Lambdabunker, Stalkyard, Subtransit and Undertow.
Custom Modding Tools - Use the same tools the developers used to create your own mods, modes and maps for Black Mesa and Black Mesa Multiplayer.
Fully integrated Workshop - And then share your work on the fully integrated workshop!
Complete Steam Integration - Collect trading cards, backgrounds, emoticons, achievements, and everything else you would expect out of a Steam integrated game
Why Early Access?
Making a game with the scope and scale of Black Mesa is a massive undertaking. Back in 2012 we made the decision to release what we had completed up to that point, and were blown away by the community’s response, feedback, and improvements to our work. We want to keep that relationship alive and well by using Early Access as a tool for allowing our community to participate in the final phase of Black Mesa’s development.

In addition, our ambitions go beyond the original Xen chapters found in Half-Life. We have a standard of quality that we have to achieve. Early Access allows us to commit resources to bring you the remaining chapters with the quality that you expect.

Will the game be priced differently during and after Early Access?
Black Mesa will be $19.99 USD during the Early Access phase. The game may go slightly higher once out of Early Access (or we may keep it at $19.99).

How are you planning on involving the Community in your development process?
We intend to work closely with our community as we complete the final portions of Black Mesa. We started out as a modding team aiming to do true justice to a Half-Life: Source port, and we won’t forget our roots.

The Black Mesa game hub and forums will be the primary points of interaction with our users. Many team members regularly browse these areas to discuss ideas with the community, and to show progress on game development. Community feedback will be sorted into groups and taken into account as we develop.

We also support Steam Workshop, and will be watching and encouraging developments there.

quote:
XEN
We’ve made a lot of progress since December. With the exception of a few places (mainly loading between chapters), Xen is playable from start to finish. The levels have had multiple gameplay passes to get them to where we want them in terms of fun and challenge. While we worked on these iterations, we built art in parallel so we can implement the art as soon as the gameplay gets completely locked down.

We’ve put a lot of effort into some levels to get them ready for outside testing. We look forward to getting feedback and see what we can do to support Xen and Black Mesa, even after we leave Early Access. We want to continue to make the best game for our community, old veterans and new players alike.

In that spirit, here are our latest updates:

PUBLIC BETA
There have been a few major issues with our new renderer. The bugs fought tooth and nail, but we think we have solved most if not all of the major issues. We are preparing a patch for the Public Beta that we will switch to mainline as soon as possible. Here are just a FEW of the big ticket items we fixed for the Public Beta:

We have a lot of work left to do, and we have decided not to give timelines so that we do not let our community down again; however in the grand scheme of Black Mesa we are VERY close, and we are super excited about delivering our version of Xen!

We hope everyone has a good week, and we will have more info on our beta patch soon.


Nog even en Xen is er 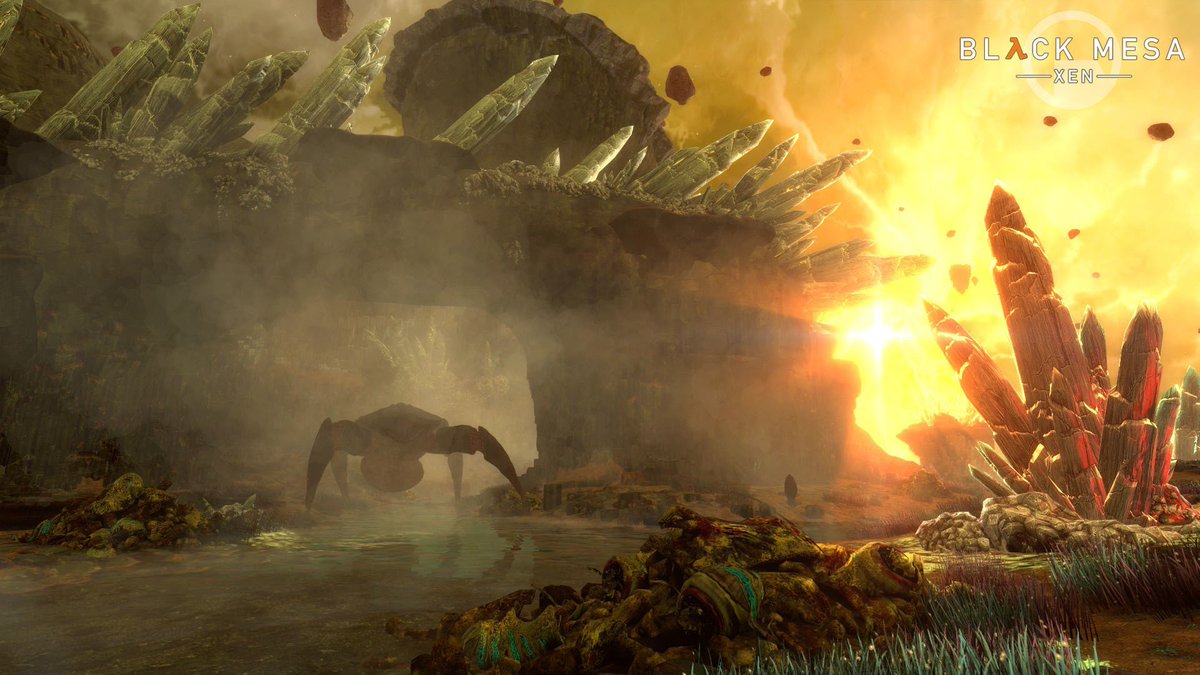