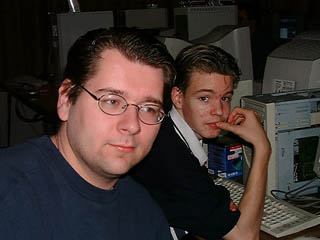 ARCADE MODES
Spice things up with these specialty modes – coming soon in the September Update! Arcade Mode games will be featured in the ‘Play Now’ screen and rotate on a regular basis, adding new and interesting ways to show your stuff in the Arena.

Some examples of game modes you’ll see in Arcade Mode include:NEW MAP - LONGEST YARD
What the best way to enjoy new gameplay modes? Why, with a new place to play them!

NEW WEAPON SKIN AND FEATURES
We're bringing a classic weapon skin to Quake Champions. You may already be familiar with this beauty from Quake II but allow us the pleasure of (re)introducing the new Super Shotgun skin: Trespasser!

The September update will also add support for Bot Backfill in matches, helping ensure that each match has a full roster of players to frag. Speaking of full rosters, this update will also include Party support for all game modes. That means that your four-stack of friends won';t have to leave the Party to play free-for-all modes like Instagib; perfect for you social Quakers out there!

NEW CHAMPION: ATHENA - COMING SOON TO PTS!
Saving the best for last, a new Champion swings her way into the Arena! A familiar face from Quake’s past, Athena is the next playable combatant in Quake Champions.


Utilizing her trusty Grappling Hook, Athena can traverse the Dreamlands’ intimidating spires and vantage points with ease. Not only does the Hook grant considerable verticality and movement, but also a convenient getaway for Athena whenever a fight just isn’t going her way.

Athena will be available to try out as part of the Public Test Server in mid-September, with plans to debut in the main game later on. For the September Update and more, stay tuned to Quake via Twitter and Quake.com to learn when the latest content hits the Arena!

It takes two fools to argue.

It takes two fools to argue.