The StickWorks SWF22 Digital Upgrade consists of replacement 'chips' and the support software necessary to upgrade the ThrustMaster F22 or F16 FLCS Joystick and the ThrustMaster TQS Throttle to operate in a 'digital' mode in Windows.

Bandits 6 high! get them little friends!!

We lost one engine. Get ready for landing!

Bail out, bail out!

The LowLand Tiger Meet 2003 website is on-air. Sign-up for this major European military flightsim event now! 15 & 16 november 2003, military aviation museum-The Netherlands. Up to 80 competitors, more than 2000 visitors, press (television, newspapers, magazines & radio) have joined & visit the last edition of this event. Imagine how it feels to fly Falcon4 from under the wing of a real F-16, or how it is to fly IL-2FB from under the tail of a Spitfire. You can smell the gun-oil, you can taste the challenge.

Pilots & squadrons from all over Europe: The Netherlands, Germany, Austria, Belgium, Sweden & Luxembourgh will participate in this event. We've support from the 323 squadron of the Royal Netherlands Air Force. Two of the major sections will be the Falcon4 competition for squadrons and an official IL2FB championship (supported by Ubi-soft).

More info can be found on the website: http://www.lastresort.nu

Out of fuel boven stadje

Spitfire on a run

Een samenvatting van de punten uit dit draadje:
1. The water has been completely re-worked and now has many levels of sophistication. We now have swells, whitecaps, reflections and better color (more blue) and animation. Oleg said the waves were not finished and will look even better later on. Ilya said the water color has just been started and will be tweaked further. Also, there will be a few more notches above the Perfect water setting you see now. of course, they can be lowered for better frames etc..

2. The clouds are being improved. Bigger and more of them to simulate the scary weather of the Pacific Ocean.

3. The draw distance will be farther out to show islands and ships better.

4. There are now soldiers manning mortars, AA guns on ships and vehicles etc...they are low poly but add more realism. They may or may not become animated. Yet to be decided.

5. Aircraft carriers are totally HUGE and look awesome! Scaled to real world size. Good luck sinking these suckers. I was told there will be 9 different types of carriers.

6. There will be plenty of maps to choose from. Pearl, Midway, Phillipines, Southern China, Pellilue, Guadalcanal, Iwo Jima, Okinawa, Wake,Tarawa, Southern Japan (Lets just say there will be many cool places) Also, Ilya says that he has so many good references and actual recon photos of the islands that he has been able to place buildings in their actual locations as in WWII.

Chew on that for a bit while I think of more things I can tell you. I don't want to give out any secrets I'm not suppossed to.

Also, all or some of this may change. You all know that already, but don't take my word for gospel. It's just what I heard today.


....
7. Don't count on elevators being used on carriers. No real time to program this apparently. However, on mission start there will probably be something like the first 4 planes having there wings down and locked for takeoff. Everyone else has to unfold theirs prior to takeoff. So, yes folding wings will be featured.

8. Ilya also said that canopies will open and close.

9. Oleg also told me that he prefers Nvidia's drivers for PF over ATI for now. Matter of fact the Demo was running on a GeForce 6 6800 vid card. The drivers are still very young and not super stable, but I saw a lot of cool games running on both ATI X800 and Geforce 6 6800 very smoothly. Especially the new Star Wars games that are coming out.

....
11. Kamikaze missions will be featured, but no Ohka in initial release. Also, some Japanese pilots may not have parachutes and try to crash into whatever American pilot is nearby. This may or may not be programmed, but is being considered.

12. Pitch and Roll of the carrier may or may not be modelled. No decision on that yet they told me. That may require a huge re-working of the code.

....
13. Planeset. I really don't know the final planeset and don't want to get into trouble on this. So, suffice to say there will be 40+ flyable including the Beaufighter and probably around 100 aircraft in total. Plus a few hundred new objects. Also, ILya said there will be plety of flying boats in theatre. I have no idea if any flying boats will be flyable.

14. Stand-Alone vs. Expansion: It will definitely be a stand-alone product to start. Whether or not it can also be an expansion or maybe done as a Gold Version box set has NOT been decided yet.

1. Removed occlusion from the P-38 mirror.
2. Fixed missing attachment points for bombs on CR 42.
3. Fixed glitches in the P-51’s K-14 gyro sight.
4. Removed excess ammo in A6M2 cannons.
5. Fixed missing formation lights on Ta-152.
6. Modified the BK 3,7 attachment on the Bf-110G-2 so one can use the ReVi sight to aim it correctly.
7. Fixed incorrect gear flap movement in Hawk 45s.
8. Fixed a error with rudder pedals in Go-229.
9. Reworked flight models of the following aircraft: LaGG-3IT, LaGG-3 of 1943, P-38s, P-40e, A6M2, A6M5, Bf-110G-2.
10. Tuned and adjusted he damage modelling for the: I-16, I-153, LaGG-3s, Yak series, Il-2, Pe-2, DB-3/Il-4, TB-3, FW-190 series, Bf-110 series.
11. New prop control mechanism for the I.A.R. 80/81.
12. New radiator control for I.A.R. 80/81, FW-190, Yak-3 and Yak-9U.
13. Improved collision algorythm for large and stretched objects (such as battlecruisers).
14. Fixed an error that could make the engine uncontrollable at the moment the autopilot is switched off (rare).
15. Disabling skin download on server side now also prohibits the transfer of pilot skins and squad emblems.
16. The amount of fuel loaded in the Mistel combo now transfers correctly in the co-op mode.
17. Fixed an error causing a human-controlled read gunner to run out of ammunition before time.
18. Fixed an error that made planes explode at the beginning of a co-op mission.
19. Player’s skin now is showing correctly in the ntrk-records taken while in dogfight mode.
20. Records taken by a human gunner after the host aircraft was destroyed can now be replayed.

DE/Me-163B-1
Changed the order of the intercept group: Me-163s take off off two various airfields and act independently.

RU/Spitfire Mk.Vb
Added extra stationary aircraft to the airdromes in both missions.


Additional Information about the I-185

We’re including these two aircraft as a token of gratitude to V. Loginov - the founder of the sukhoi.ru resource that was very supportive throughout the year of creation of the Il-2; and with esteem to his grandfather, who had the honour of test-flying these two.

I-185 with the M-82 engine was intended to be the I-185 with increased armament. Instead of two large-caliber and two small-caliber machine guns the I-185 M-82 was equipped with three 20mm ShVAKs. In addition to that the plane also had a redesigned canopy, gear struts and fuselage. Altogether two prototypes were built; the first flew on July 21st 1941. Both I-185 M-82s participated in front-line trials between December of 1942 and January 1943.

The I-185 prototype equipped with the M-71 engine which first flew on June 10, 1942 was designated a “production standard”, i.e. a prototype which was to be used as a standard for future production. Compared to other prototypes of the series many defects were resolved and the overall aerodynamics improved. The I-185 M-71 production standard was built from the blueprints intended for serial production.

The I-185 M-71 production standard, in addition to the I-185 M-71 #6204 and two I-185 M-82 went through front line combat testing between December of 1942 and January of 1943. Speed and climb rate of this prototype were vastly superior to all contemporary Soviet fighters. However due to political reason and lobbying from Polikarpov’s enemies the project never entered production and was cancelled. 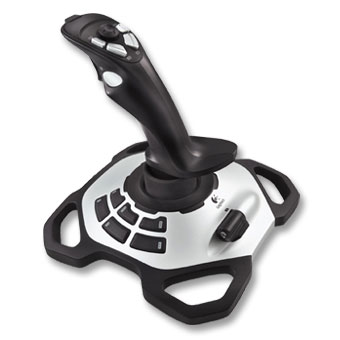