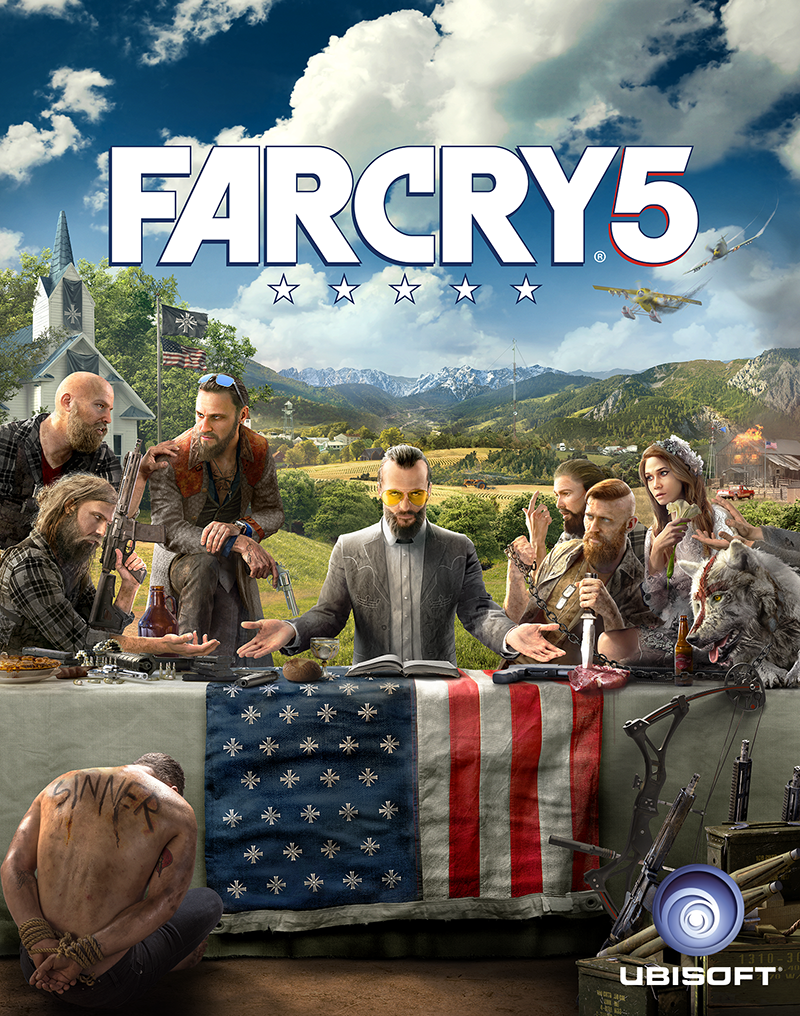 Welcome to Hope County, Montana, land of the free and the brave, but also home to a fanatical doomsday cult—known as The Project at Eden’s Gate—that is threatening the community's freedom. Stand up to the cult’s leaders, Joseph Seed and the Heralds, as you spark the fires of resistance that will liberate the besieged community.

Far Cry 5 is a massive open world that’s filled with something new around every bend. The enemy AI behavior is more realistic and the exploration is almost endless. Even when you feel like taking a break from the campaign, you can take in some leisurely fishing before diving back into your quest. It’s your mission. With it comes the freedom to take on a world that hits back by any means necessary.

Taking down The Project at Eden's Gate isn't as easy as cutting a path straight through Far Cry 5 to the cult's leader, Joseph Seed. First, you'll need to destabilize the cult by defeating the Father’s Heralds, John, Jacob, and Faith. And the only way to lure them out is to make things so hot that they decide to put out the fire themselves. The more damage you do, the more the cult will respond in kind.

Each region has its own Resistance Meter, which tracks your actions throughout the world. As you battle cultists, recruit allies, and free the citizens of Hope County, the meter rises. As it does, the Project at Eden’s Gate will grow increasingly desperate, countering your efforts with tougher soldiers, bigger guns, and escalating chaos. The Resistance Meter never recedes, and when it's full, you'll finally be able to draw out that region's Herald for a dramatic showdown.

Guns for hire, Fangs for hire and Friends for hire (coop play!). Open world gameplay with a non linear campaign and it's own Intel system.

Intel is learned by exploring the open world, increasing your knowledge of the game and objectives. The Intel you receive always has a clear objective tied to it.
Intel is information about the world. Intel can be related to: characters, quest givers, outposts, treasure hunts, or content in the world such as locations, hunting & fishing spots, destructible structures, and collectibles. Once obtained, your world map is updated with this Intel.

Character creation: Players will be able to create their own character in Far Cry 5 with a choice of gender and a small degree of appearance customization.

“I would say that a good player will go through it in 25 hours,”

“What we’re seeing is people going into the world and just spending four or five hours fishing or hunting, or just doing stuff that we hadn’t really prepared for,” zei Hay, “So it really depends on how you play.” 
psn: jackal131 | "When you jump from a plane and your parachute is broken, you've still got the rest of your life to fix it"

psn: jackal131 | "When you jump from a plane and your parachute is broken, you've still got the rest of your life to fix it"